In reviewing the purpose of Van Vliet Hemlocks, members noted that our relationship with Discovery Center is vital, that the terms “old growth” and “unique ecology” belong in our stated Purpose article, and that Hemlocks should seek large dollar donors in order to try to add to the acreage totals of the Hemlocks initiative

October 1, 2013 - Regular Board of Directors Meeting

The Friends of the Van Vliet Hemlocks was established in March, 2011 to continue the work an informal organization of people had started on August 13, 2010.  A meeting at Tom Olson’s home included staff from both the BCPL and DNR, local naturalists, a representative from the Discovery Center, and community members.  It was agreed that both the BCPL and the DNR were in favor of transferring ownership of the Van Vliet Hemlocks to the DNR for protection under the State Natural Area program.  There was support from the BCPL for a community group to work on trail improvement, trail marking and signage, and public promotion of the area.  Over the next six months, the trails were mapped, grants were obtained, information signs were developed, and a ribbon cutting ceremony was planned.  It was decided that a Friends group would continue the mission of protecting and preserving this property. 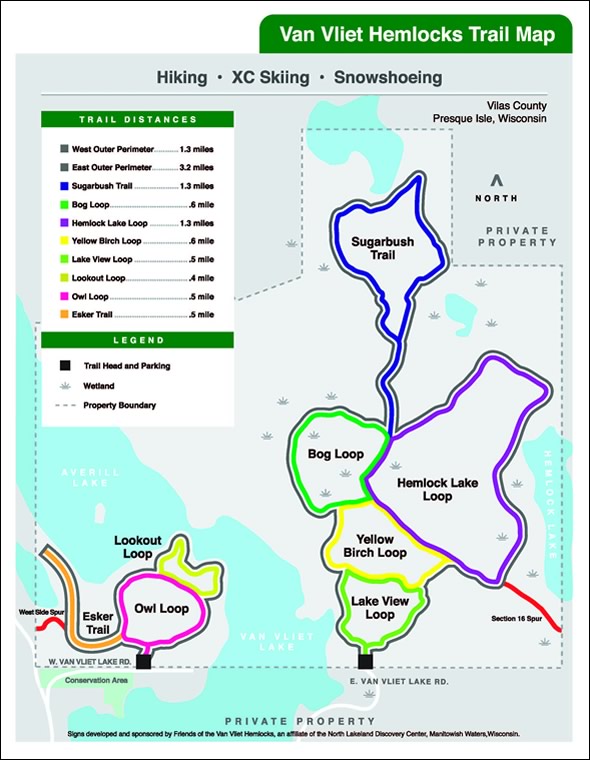